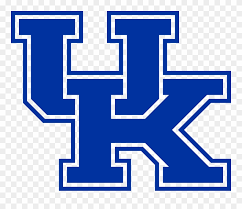 Wilder, Tommy Douglas, 79 of Monroe passed away on Thursday, March 10, 2022 at his residence. He was born in 1942 in Baxter, Kentucky to Joe Hayward & Bernice (Shell) Wilder. Doug graduated from Loyall High School in 1960 and from Berea College in 1964. He immediately began working at Harding-Jones Paper Company as a computer programmer. He became V.P. of Manufacturing and finally Mill Manager in 1986. He began work at Miami Paper in West Carrollton in 1986 as Production Manager. He retired, as Mill Manager, in 2001. He is survived by his wife, Joyce Elaine (Williston) Wilder of 57 years. Also, three children, Kent (Brenda), Derek (Kim) and Melissa (Julian) Davis; seven grandchildren, Evan and Hannah Wilder, Tyler and Ryan Davis, Courtney Davis (Hunter) Gentry and Patrick and Jacob Wilder; two Great-Grandchildren, Beckham Gray Gentry and Stella Joy Gentry and two brothers, David and Carl Wilder. He was preceded in death by his parents; Joe and Bernice; brother, Don and sister, Dorothy Wilder Howard and a granddaughter, Megan Elizabeth Wilder. The family wishes to express a special “Thank you” to Doug’s Nurse, Michelle and the other staff at Queen City Hospice. Visitation will be on Tuesday, March 15, 10:00 am – 12:00 p.m. at Crosspointe Church of Christ 5630 OH-122, Middletown, OH 45005, with Funeral Services also there at 12:00 pm with Minister Scott Johnson officiating. Burial will follow at Butler County Memorial Park. Memorial Contributions may be directed to: Queen City Hospice at 4605 Duke Drive, Suite 200 Mason, OH 45040 or Midwestern Children’s Home at 4585 Long-Spurling Rd. Pleasant Plain, OH 45162. Condolences may be sent to www.bakerstevensparramore.com.

To send flowers to the family or plant a tree in memory of Doug Wilder, please visit our floral store.