We have years of experience caring for families from all walks of life, cultures and faiths. Our unsurpassed staff and our family provide kind, caring, professional service. Each family comes to us because they know we are leaders in our profession who are dedicated to excellence in service, adhere to the highest funeral industry standards, and have exceptional integrity. We consistently earn phenomenally high customer satisfaction survey results.

Our licensed, professional staff is here for you 24 hours a day, 7 days a week. Please call 513-422-5404 anytime. We will even come to you to make arrangements in the comfort of your home.

Prompt, compassionate service is always just a phone call away, where and when you need it. 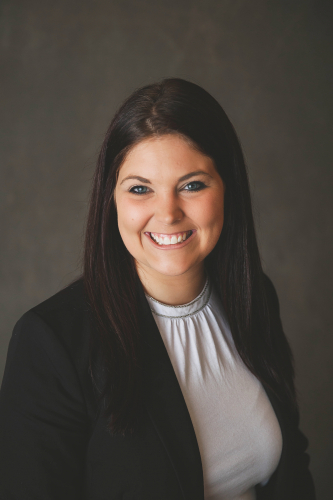 Courtney grew up in Hamilton, Ohio and graduated from Hamilton High School. She then continued her education and earned a Bachelor’s Degree in Mortuary Science in 2011 from the Cincinnati College of Mortuary Science. Courtney has been in funeral service since 2011 and is currently a licensed funeral director and embalmer in the states of Ohio and Tennessee.  She grew up attending Lindenwald Baptist Church in Hamilton, Ohio and is currently serving the Lord at Church on Fire.  Courtney is a member of the Kiwanis Club of Middletown, the Ohio Embalmers Association and Ohio Funeral Directors Association.  Courtney married her husband, Anthony Mourey, and together they have two little ones. Outside of work Courtney enjoys being outdoors and camping with her family and friends.  She looks forward to being a part of the community here in Middletown. 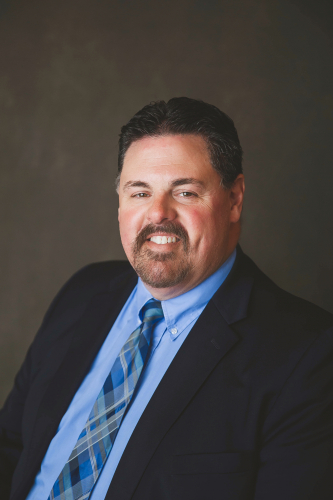 Brad Bryant grew up in Franklin, Ohio and graduated from Franklin High School. While in high school, he began working for a local funeral home, where he learned a lot about the funeral business and acquired a love for helping people at the most difficult time of their lives.  After high school, he attended Miami University and then graduated from the Cincinnati College of Mortuary Science  with his Bachelor's Degree. He  joined the Baker-Stevens Funeral Home staff in 1995 and has been working there ever since. Brad is married to his wife, Stefanie, and they have two children, Madison and Garrett. Brad is a member of Berachah Church in Middletown, the Ohio Embalmers Association, the Ohio Funeral Directors Association, where he served as District IV Past President, the National Wild Turkey Federation, the Franklin-Carlisle Rotary Club and the Middletown Chapter of Ducks Unlimited, where he serves as their treasurer and on their planning committee for their annual banquet. When he is not working, Brad enjoys spending time with his family and being outdoors fishing and hunting. 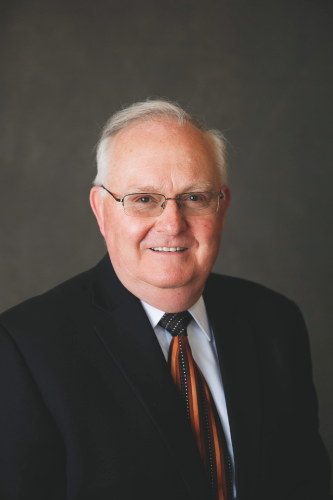 Lannie grew up in Lebanon, graduating from Lebanon High School and later from the Cincinnati College of Mortuary Science. He moved to Middletown in 2001 with Sharon, his wife of 41 years. They have two sons and four grandchildren. Lannie is retired from General Motors. He has been with Baker-Stevens-Parramore Funeral Home since 2009. Besides being treasurer of Lord of Glory Holiness Church in Lebanon, he is also the director of the church's youth camp. Lannie is happy to be a part of the Baker-Stevens-Parramore team. 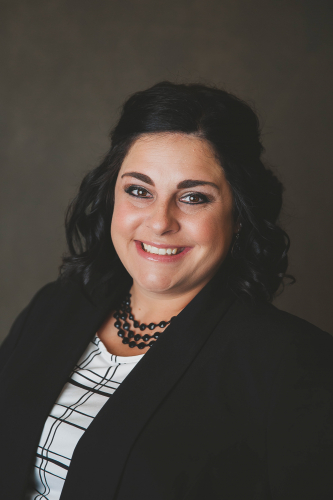 Chloe Idle has lived in and around the Trenton area all of her life. While in high school, she became interested in working in the funeral business and began job shadowing at Baker-Stevens-Parramore Funeral Home in 2006. Upon graduating from Edgewood High School in 2009, she pursued post-secondary education at Cincinnati College of Mortuary Science and graduated in 2013. She is a member of the Ohio Funeral Directors Association currently serving as District IV President, Monroe Rotary Club, Butler County 4-H Alumni, and Edgewood High School FFA Alumni. She has 3 children, Cooper, Colton, and Callie with her significant other, Casey Ingram. She enjoys spending time with family and being outdoors riding horses. 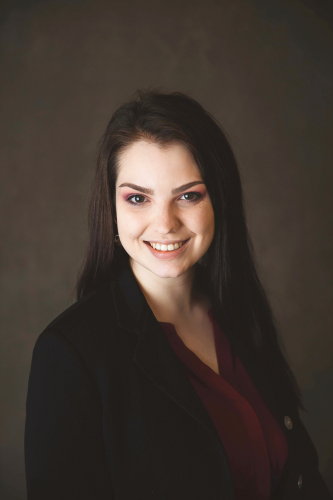 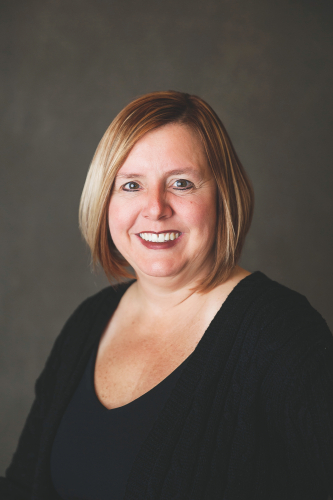 Christie has lived in the Trenton & Middletown area most of her life. She has been working at Baker-Stevens-Parramore since 2017 as one of our Administrative Assistant. She has been married to her high school sweetheart for 25 years & they have 2 children. As a family they love planning, organizing & going on Mission Trips to Guatemala every year, working along with many of their friends. Christie & Brian also enjoy playing sand volleyball & kayaking together. 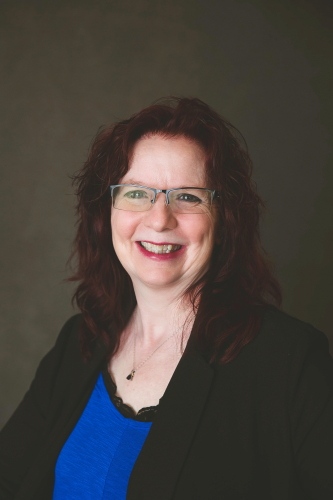 Rita Walters was born and raised in Middletown. She has lived in or around Middletown her whole life. She graduated in 1984 from Middletown High School (go Middies). She attended Berea College. Rita was the church secretary at Spring Hill Church of Christ for 17 years. In 2006 she was blessed with the birth of her son! Rita married the love of her life, Tom, in December 2017. They attend a local First Church of God. When not working she enjoys photography, scrapbooking, and researching family history. She also tends to collect dogs, but promises three is enough. Rita is happy to be able to help your family during your time of need by producing the best printed material and DVD to honor your loved one. 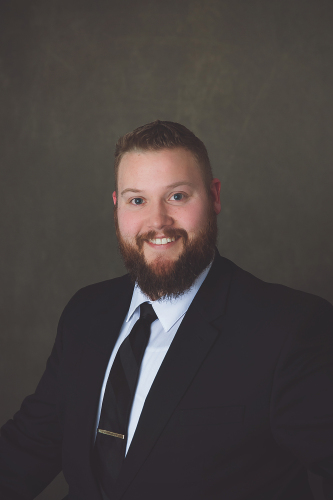 Christopher “Topher” Crosby joined Baker-Stevens-Parramore Funeral Home January 2022 as an Advanced Planning Specialist.  Before beginning his career path in mortuary science, he work at Life Connection of Ohio where he was able to educate high school students about the importance of organ and tissue donation. Working at Life Connection of Ohio made Topher realize just how much he wanted to help people and work in the funeral industry.  In 2018, Topher graduated from the Cincinnati College of Mortuary Science with his Bachelor's Degree.  As an Advanced Planning Specialist and Funeral Director, Topher is here to answer all questions people may have about prearranging their funeral services and/or cremation services. He loves talking with people, getting to know them and more importantly, he loves helping people prearrange. If you have any questions, please do not hesitate to email Topher at christopher.crosby@mytributeplanner.com. 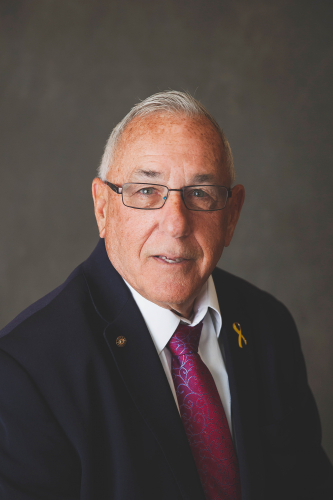 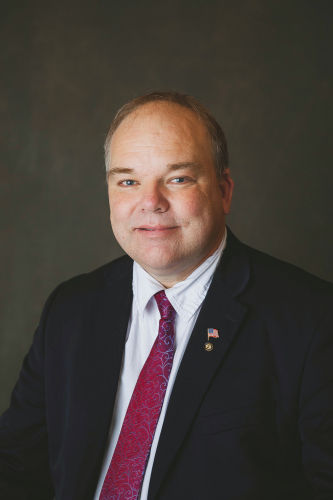 Curt Brown has been an ambassador with Baker Stevens Parramore for three years.  He resides in Monroe, Ohio with his wife of 27 years, Michelle.  Together they have three daughters, Chelsey, Cortney and Curstin.  When Curt is not working he likes to spend time with his family, especially his grandbabies Kayden, Aiden, Ethan and Catalia.  Curt also enjoys traveling with his wife and fishing. 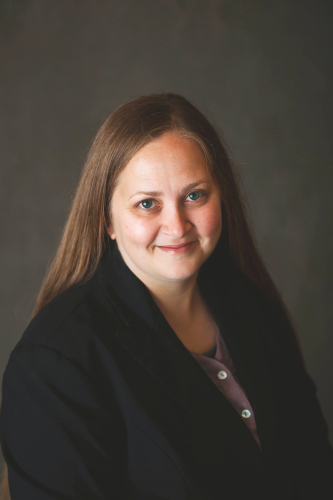 Melissa was born and raised in Middletown, Ohio.  She has been married to her loving husband, Justin for 14 years.  Together they enjoy spending time with their family and attending church. 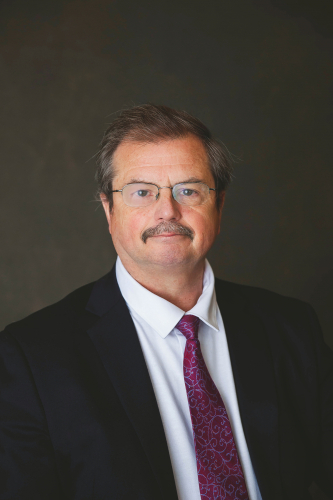 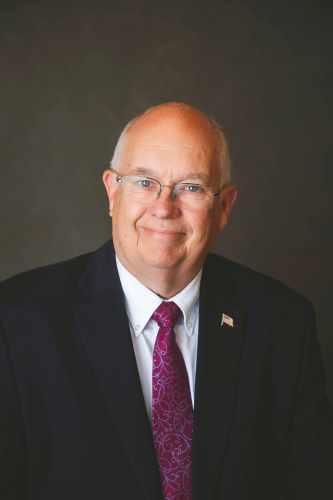 Stuart Locke has been a resident of Middletown, Ohio for 46 years.  He has a son, Andrew Stuart, who married Nikole and blessed him with two grandsons, Logan and Noah.  Stu was married to Kathy McGee Locke for over 45 years until her passing in December 2019.  He attends the Stratford Heights Church of God in Middletown and is a volunteer at the Morrison's Corner Bookstore.  Stu also is active on the Senior Adult Ministries board at the church.  He not only is an ambassador here at the funeral home, he also is an insurance agent for the Michael Smith Insurance Agency in Middletown.

"I feel blessed ministering to the needs of families having just lost a loved one and volunteering to serve the needs of our community." 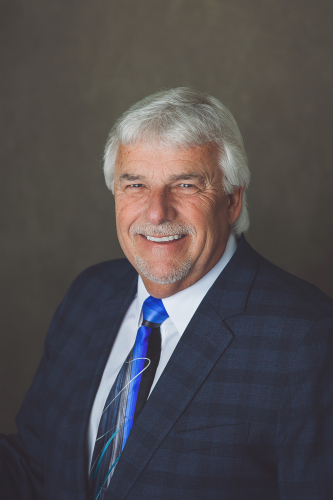 Larry was born and raised in , graduated from and retired from AK Steel after 30 years of employment. He and his wife, Melinda, will soon celebrate their 45th wedding anniversary. They have one son, Austin, who resides in Alabama with his wife and their two children. Larry has been involved in church ministry for many years and is currently an Associate Pastor at in . 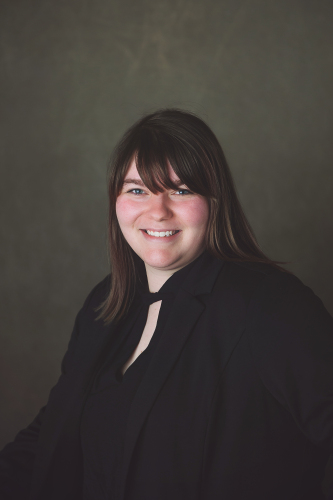 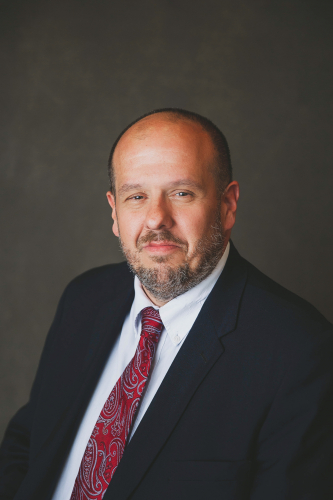 Mike was born and raised in Middletown Ohio. He graduated from Lemon Monroe High School in 1987. Mike joined Baker-Stevens-Parramore Funeral Home  in September of 2014.  Mike also works at Middletown Regional Hospital/Atrium Medical Center in the Central Service Department as a C.R.C.S.T.  Mike is married to his wife, Breanne, and together they raise their four children Shelby, Jordan, Allison, Ashley and one granddaughter Everly. Mike attends Community Harvest Church in Germantown and is an avid Cincinnati Bengals and Ohio State Football fan. 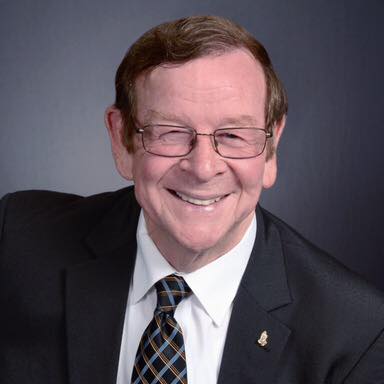 Jerry Minor has lived in the Middletown area most of his life. He was a graduate of Madison High School Class of 1968. He has been married to his high school sweetheart, Jo Ann (Burton) for over 50 years. He has two daughters; two granddaughters; a grandson and a great granddaughter. He retired from AK Steel after 33 and half years. He is a 50 year member of The Towne Boulevard Church of God. He serves as head usher, works in the visitation ministry, and served many years on the Board of Trustees. Jerry serves as our staff pastor here at Baker-Stevens-Parramore Funeral Home. 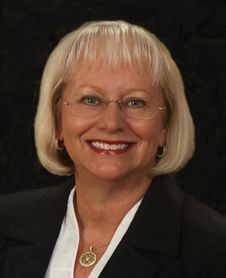 Pam Parramore has been with Baker-Stevens-Parramore Funeral Home since 1991 and was appointed Manager in 1997.   She is a member of the Academy of Professional Funeral Service Practice as a Certified Funeral Service Practitioner and a member of the Ohio Funeral Directors Association, where she has served on the Board of Directors and the OFDA Convention Committee for 25 years. She is a member of the National Funeral Directors Association and the Middletown Rotary Club where she has served on the board and in 2018, she was named Rotarian of the Year. She was a past-president of the American Business Women's Association and was named Boss of the Year in 2005 and  Woman of the year in 2006.

You are welcome to call us any time of the day, any day of the week, for immediate assistance. Or, visit our funeral home in person at your convenience.

About Us
Testimonials
Meet Our Staff
In Our Community
Our History